What is the fate of the LGBTQ community in online dating?

I felt there was a strong need to address some of the most important topics regarding the LGBTQ Community. Subscribe to our channel, like and Share this Video because I would cover some other secret topics. This video would be a Question and Answer style of an explainer video. Keep on watching till the end and don’t skip any part of it or you would get confused.

Before starting the topic, let me tell the people what LGBTQ stands for, if they still don’t know. LGBTQ stands for Lesbian, Gay, Bisexual, Transgender and Queer. Yes, they exist because Humans exist. And every human deserves to love and be loved and very much needs meaningful relationships and support in life. This video will solely focus on online dating, dating apps, dating websites, hookup culture, short-term dating and… a lot more but specially focused on the LGBTQ community. So let us begin the Question No.1.

Lack of choice, you can say. Lack of openness and acceptance.

We humans have only learnt to discriminate most of the time. We create labels; we create the concept of right or wrong, and we force our views on others. But remember it, right or wrong to suppress someone’s individuality is not a human attitude. Since the LGBTQ community never genuinely found an open space to freely express their love for another human being. So, they were left with no other option because the righteous people will not let them be what they are, so they decided to heavily rely on online dating most of the time because this cruel world is only bent upon poking fun of their individuality and so they can’t express their feelings for someone in the offline world openly, the way they can in the online world. So I would say that’s the reason they rely heavily on online dating. There are also many questions surrounding rights and legality, though now in many countries the right to love another human may be legal regardless of one’s gender, but acceptance is what every human being seeks.

Question No. 2) Does the LGBTQ community openly come out of the closet online and confess their love?

Most of the times, no! They are still afraid that someone would find them. They still live under the fear that people close to them would create a big scene or mess up their situation, or even their lives. They are afraid of getting caught because they dared to express their feelings. There is a scope of getting blackmailed by your enemies disguised to be your so-called friends or relations, and harm could be caused emotionally, physically or financially. So, in the online dating world, LGBTQ people often create fake profiles, putting false names, not using their display pictures, putting out all kinds of wrong information because they are afraid. Most of them are just leading a secret world behind a fake profile. They are already having a hard time hiding their emotions, so online dating has been just a medium for minimal expressions.

Mostly not. In the rarest cases, yes. But let’s stick with a no for now. Let me tell you why. Online dating world is not a bed of roses for the genuine lover. But yes, it’s a place dominated by people who don’t want serious relationships or long-term dating. I would say strongly say, people want the thing called “time pass”, short-term fun and hook-up culture has widely dominated the online dating world, diminishing the presence of love. So it’s a near impossible ground to find your genuine love from an ocean of toxicity. The person who believes in genuine love will only get confused and disappointed because they will encounter most people who never, ever had any kind of intention to be in a serious relationship. True lovers can get exploited badly, and disappointment would be there.

Dating apps and websites will not solve the problems of the LGBTQ people in matters of love and relationship. Human emotions are valued less these days. These dating apps and websites are run by companies who are highly busy making money and not much invested in improving the quality of life of its users, because it\\\’s business after all. Let people do whatever they want and “we don’t care” type of mindset. But what is the purpose of a business which doesn’t genuinely help find for us a long-lasting relationship? Why the focus is much on increasing the quantity of users rather than improving the quality of users.

Why does it promote the hook-up culture and short-term dating when it knows that in the end, if such things are promoted, then that human being would be wasted? Yes, by health, wealth and emotions. By health because hookups and having multiple partners would never give you a good health but a poor health. Lots of diseases which will end you. Yes, you will be wasted by lack of wealth, because many human beings will come and go, there will be no stability, and no human being would ever become an asset in your life but a use and throw product that comes out of temporary gratification. You will be wasted by the void of emotions because in the end life would seem to be confusing, depressing, meaningless and lonely. I would say hookup and short-term dating mentality will frustrate you. Ask yourself a question, Are you really genuinely happy? Like you are getting the truest inner satisfaction? It’s not good for health to have multiple partners. It\\\’s not good for the emotional health either to be in short-term dating because you will lose all good values that make up a human. Life should not revolve around sexual stuff only. Life is more to it. In your quest for pleasure, maybe someone else’s life could be at stake.

So my friends, the soulmate thing is nearly impossible to be found in this ocean of toxicity. 7.8 billion People in this world, and what if you talk to every person who just wants to play with your emotions and feelings?

Judgmental and bad people are everywhere in many places. In the online dating world, in the LGBTQ community too Liars, cheaters, deceivers, promoters of hate and hookup culture exist.

There are also some fake elements making fake profiles of women, by stealing their profile pictures to defame them, or soliciting unethical activities or some sort of alleged illegal trafficking or sex trade, couples looking for threesome, selling of drugs is possibly seen to be happening there but is going unnoticed by these dating apps. It is an enormous danger to the society because lives are at risk and there is a lot of chance to get harmed by others. Since there is not only identity theft, personal information by fakers, promoters of hook-up culture, haters and revenge seekers defame others by posting photos of unaware women or even men to defame and blackmail them. These cyber abuse activities go unnoticed by these dating companies and is potential danger to all who have little knowledge about the evil mindset of these harmful beings. So, these situations go all unchecked by these dating apps and websites.

If I speak from the safety point of view, LGBTQ people are highly vulnerable because many deceivers find them an easy target to blackmail or cause them distress. Then there are straight people overly curious and want to trap lgbtq people for experimental purposes, to play with their emotions or to loot them financially. Many innocent people from the LGBTQ community fall into such traps and may often find themselves in greater danger. And there are also some bad people from the LGBTQ too who are promoting this hook-up culture and feel they have a right to play with the emotions of the good people from the LGBTQ community that have come to this platform to find that one person who will be with them, only them.

People feel they have the absolute freedom of speech to harass others and feel that fun-loving attitude or their lame sarcasm is cool and they can use it as a weapon against anyone to suppress them or to mistreat them. There are a lot of things I would like to talk about in the upcoming videos.

But what are the online dating companies doing? Are they shooing away or banning the dangerous elements or are they so busy making money that they have forgotten to solve the problems of the humanity? If these dating companies ever watch this video, they should remember that, if they want to improve the lives of the people and in saving their future business, they need to change, because money would not be given to you if you cannot bring immense value in the lives of the people who are users. Because your users have trusted you, but you seem to have broken their trust somewhere.

Human beings are an asset, and please don’t treat them like a liability or a quantity to be amassed. Because in the long run, no one is a fool, but lives will be destroyed because of the ongoing unchecked things going on in the platform.

Use at your own risk thing becomes the norm of the dating websites and apps. That should not happen.

The major changes I would like to suggest to the dating companies in the special case of the LGBTQ community are:

So, this was it for the video. Let us stand for all human beings and treat everyone with appreciation, respect, and support. All human beings deserve respect, success, and a good life. Let us support diversity and inclusion. We are all different regardless of race, gender, sexuality, but we are humans first. Let us #BlazeAgainstHate

Thank you for watching this video. 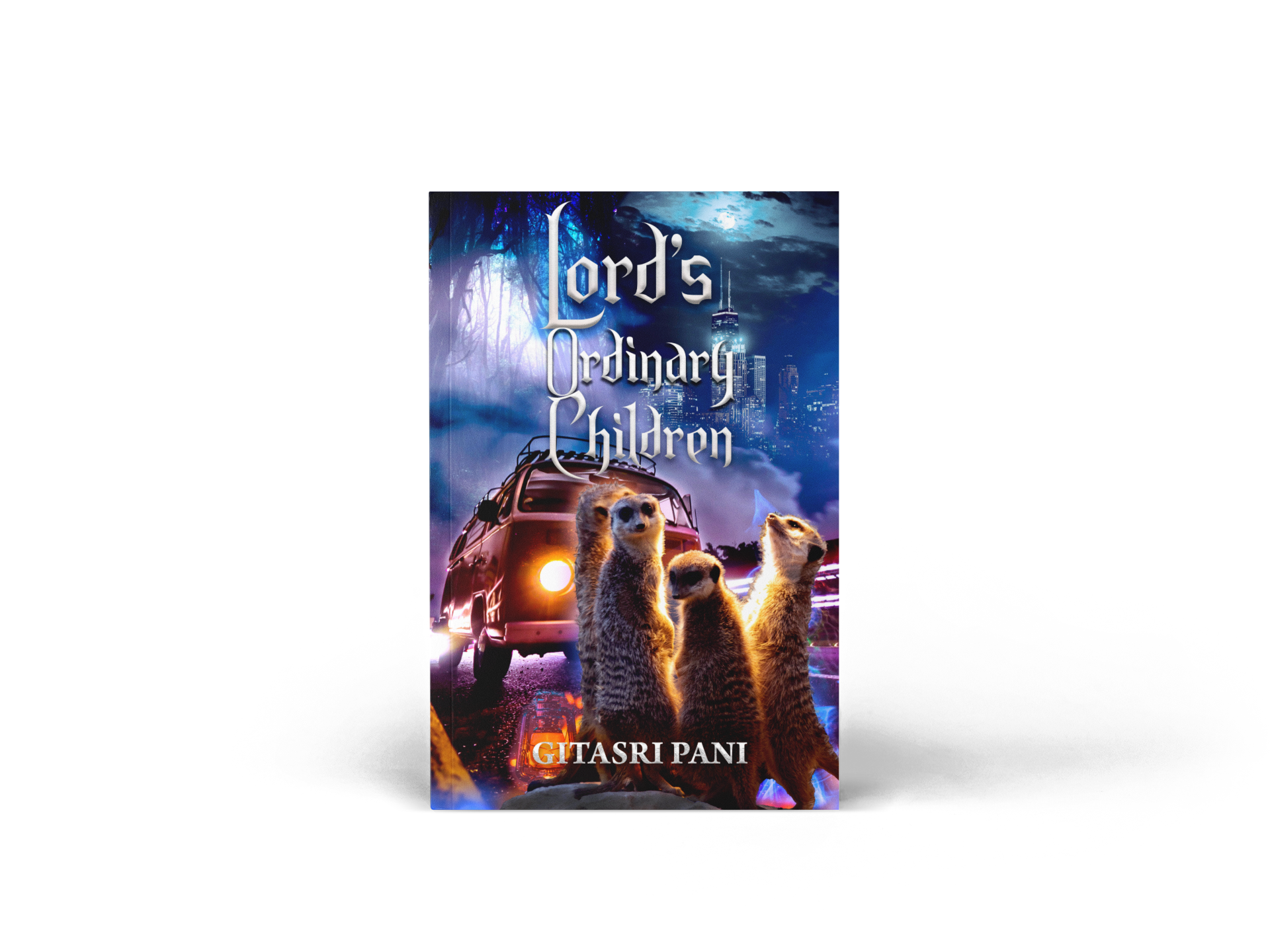